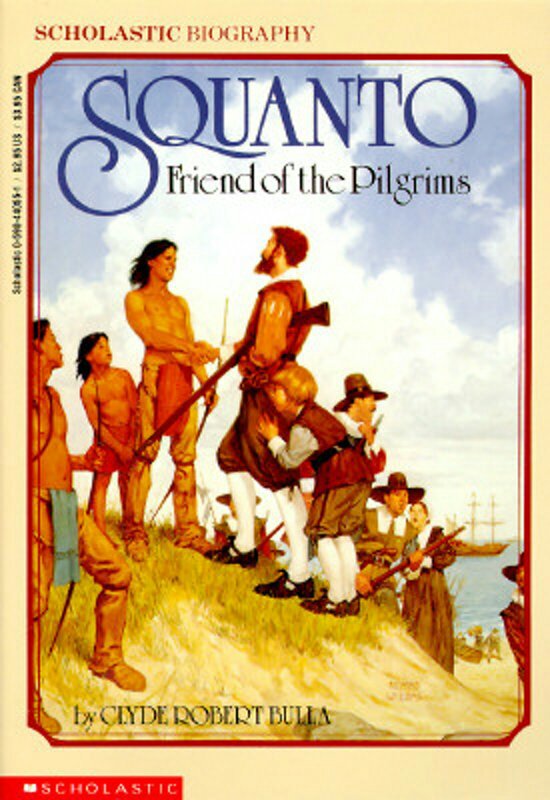 After seeing Saints and Strangers on Netflix, i decided i Wanted to learn more about this great native American. He comes back to his village and finds out they are all gone. This little book tells what happend to him before he came home to his Patuxet tribe and family. In Saints and Strangers that was a bit of a mystery. Now im not Sure if the book tells the Whole truth , but it could have been what happened to him. He was taken to London and was one of the first native americans to set foot on english ground. They used Him as a circus attraction. Squanto was very smart and found a way out, but was kidnapped and sold as a slave in Spain. There he lived with monks. He learned to speak english and spanish, but always Wanted to go home. When he came back his family was gone and he became a very important person in history.

The illustrations are Nice and give a better view on his life. His life was hard, but he keept on going. I think its a book for children, but it has sad stories… But it gives a good view on how his life could have been before he met the Pelgrims. He meets them at the end of the book. He was there when Thanksgiving was born. Very learnfull book.
I give this book 4****